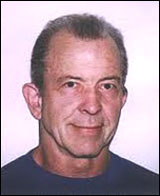 photo taken by Rosie McGee in 1968

these tapes were played by David Gans to honor Owsley Stanley's death
Dead To The World show by David Gans
broadcast by KPFA on March 30, 2011

this item was streamable on-line from the KPFA archives until April 13, 2011
it was transferred by Monte Barry on April 7, 2011 Psychedelic history in the making. Please visit the Owsley Stanley Foundation, dedicated to preserving and sharing the experience of the psychedelic era through Bear’s Sonic Journals. The Owsley Stanley Foundation was incorporated on August 25, 2011 as a California non-profit corporation dedicated to fostering diverse charitable, artistic, musical, and scientific endeavors for the public benefit.

The Foundation’s primary purpose is to arrange for the preservation and eventual production and public distribution of Owsley Stanley’s “Sonic Journals,” a unique (and rapidly deteriorating) archive of more than 1,300 live concert soundboard recordings from the 1960s and 1970s, including rare recordings of performances by such prominent artists as Miles Davis, Johnny Cash, The Grateful Dead, Jefferson Airplane, Quicksilver Messenger Service, Santana, Taj Mahal, Fleetwood Mac, The Allman Brothers, Steve Miller, Ramblin’ Jack Elliot, Thelonious Monk, Dr. John, Dan Hicks, Chuck Berry, Country Joe and the Fish, Janis Joplin, Big Brother and the Holding Company, Electric Flag, Blue Cheer, The Youngbloods, David Grisman, Old and in the Way, and others. SAVE THE TAPES!

The save the tapes campaign is seeking to raise money to enable the digitization, preservation, and release of Bear's Sonic Journals, a trove of over a thousand live concert recordings from the heart of the psychedelic era. Donations are much appreciated! Please Donate via Paypal below, or write checks made out to the Owsley Stanley Foundation and send them to: Owsley Stanley Foundation c/o Malcolm H. Gissen & Associates 1700 California St. #335 San Fancisco, CA 94109 info@owsleystanleyfoundation.org We have applied to the IRS for 501(c)(3) nonprofit status, and we expect confirmation by June 2012. Donations given prior to the granting of nonprofit status will be deductable provided we are granted 501(c)(3) status before the end of the calendar year. Owsley Stanley’s Sonic Journals Monte: hey Bear,Thanks for "everything," man. Thanks to you and GD, I ended up having a career in electronics and pro audio/video. I made a good living on that. But first, I was a soundman for 3 years thanks to you. I got on the bus in 1972. My first time Taping was GD - RFK Stadium - June 9 & 10, 1973 - front-of-board. The Boys and Your amazing Sound Crew set the bar for the most incredible sound I ever heard come out of a PA system. Bear, how about a little help on a few facts? We would like to have a brief rundown on what went down as Ron Wickersham was quitting Ampex, and you and him were forming Alembic. I took Susan's version of Alembic's history, and reposted it on The Internet Archive. I added to what she wrote by pointing out some of Ampex's history. I worked for Ampex 1979 - 1984.

Bear: I met Ron (and Susan) at Pacific Recording in 1968 where the band was recording Aoxomoxoa. He had, so far as I remember, already left Ampex. I know nothing about his Ampex time.

Monte: A knowledgeable fellow just posted that it was you who started Alembic, and not actually Ron. He wrote, "Susan's history, although accurate fails to include the "spark" or the original concept behind the company which came directly from Owsley, his work with the band and the constant refining of audio technology. In fact he named the enterprise "Alembic" essentially defined as a "crucible" of ideas, after the base definition of a vessel used in alchemy."

Bear: Yes. The Alembicus is a Alchemist's glass vessel closely resembling the modern chemist's glass retort. It was used to affect the decomposition, reduction, distillation and 'perfection' of the base materials- the idea is that of transformation 'lead into gold', which of course was not what it was about at all, it was used as part of a method for achieving the goal of transformation of the human spirit by practice and study from 'corruption' into purity. At heart Alchemy is wholly atheistic and thus they used the 'lead into gold' simile to hold the church at bay- avarice is a very powerful motivator.

Monte: [the knowledgeable fellow also posted] "Bear had an inventor's lab at the band's practice area and offices and persuaded Wickersham to leave Ampex and work solely on Grateful Dead projects. The day Wickersham showed up for work was the same day that Lenny Hart began managing the band. He fired Wickersham, so Bear, in fear of losing Ron, started a separate company which became Alembic."

Bear: I did not have any such 'lab'. No, Ron had nothing to do with Ampex, having left them some time before. He worked for a while with them on recording projects, but was never 'hired' by the band, so Lenny Hart had nothing to do with him. I brought Rick Turner, a maker of acoustic guitars together with Ron and suggested they form Alembic to work on sound systems and to make fine modern guitars and basses. I did not want or accept a position or stake in the company because I had my hands full with the band. Susan and Rick do not get along and she is adamant about refusing him co-founder status in her 'history', which is in my opinion misleading and a disregard for the true history of the enterprise. I remain good friends with all of them.

- History of The Early Days of Ampex Corporation, by John Leslie and Ross Snyder, for the Audio Engineering Society. • August 1, 1973 show was put into circulation on March 6, 2012. I made a bad transfer when I set up the Tape Bias for the playbacks. I apologize for making this mistake on shnid 119371.These tapes have been fixed and upgraded, and more. My Roosevelt Stadium tapes and my RFK Stadium tapes have been professionally transferred by Matt Smith at 24/96 rates.

• my Aug 1, 1973 source: mic was mounted on a mic-stand shaft, arm raised up high, FOB(this is the same method I used taping both RFK Stadium shows)

I posted a lot of material to The Archive's GD Forum. In the end - for the sake of people who didn't "get it" - I got sick of repeating myself, so I started calling myself a Village Idiot when I was making my points. I called myself a Village Idiot more than forty times!Not to be outdone, a band named the Village Idiots recently played a gig in Scranton, PA and they covered Sugaree. I am honored to have a band named after me playing a warm rendition of one of my favorite Grateful Dead songs! Thank You very much!!! Nice vocals and guitar work; lovely "dirty piano playing" in the final solo after the third verse; and cute vocals added to the harmonies in the Sugaree chorus. Nice playing all around.The Village IdiotsO'Leary's PubScranton, PAJuly 16, 2014MJ Puskas - bass/VocalsChuck Sabatelle - Guitar/VocalsMike Mizwinski - Guitar/VocalsFreeman White - Keyboards/VocalsJami Novak - Drums/Vocals

My dear old pal, John Zias, shared his Sugaree video link with me today. Note that this is the first time I've heard Sugaree with female lead vocals, and I liked Jill's singing a lot; I like the energy and sound from John's guitar; there's nice playing all around; and we have the video. Thank You very, very, much!!!Published on Nov 30, 2014 - Sugaree video on YouTubeI don't have access to GD's commercial releases, so I haven't listened to "all" the best Sugarees, unless there's an AUD recording that exists here at The Archive. Jerry Moore's tape of Sugaree played on May 28, 1977 is arguably my favorite Sugaree in existence. I've called this one out a few times, most notably for the crescendo-jamming, especially in the break after the second verse. I also like to listen to the June 21, 1980 and Oct 17, 1983 Sugarees.Sugaree is a beautiful Garcia song with lyrics by Robert Hunter. If I had to pick 'one' - Sugaree is my favorite song! It's about a 'cowboy like me' and a hooker. The best sounding galloping-jams I've ever heard were played by GD in this Sugaree performed on Dec 28, 1979, taped by Joani Walker.Looking back, here's a nice sounding typical version of the original Sugaree that I taped on June 9, 1973.p.s.: The last time I saw John Zias was on Sept 18, 2012 when he was playing with Tom Constanten in the Terrapin Flyer band in Fort Collins at Hodi's Half Note. Here's a photo of me and TC that evening.